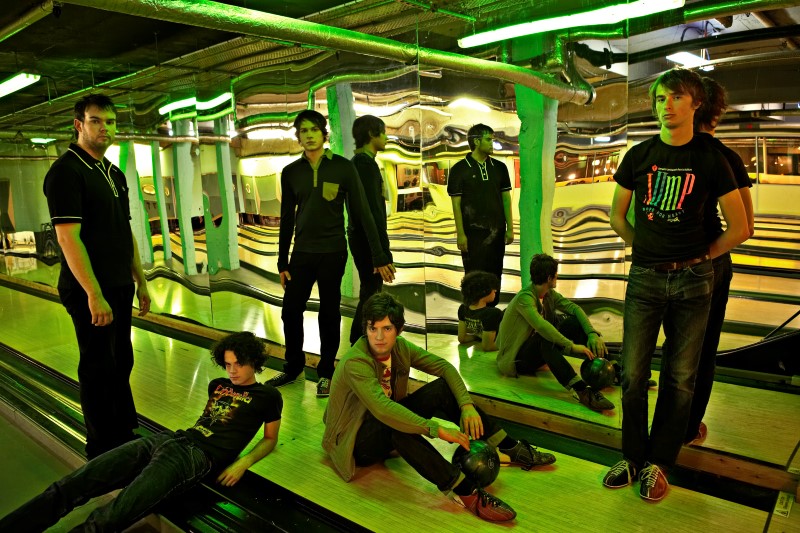 Believe it or not but Mumm-ra are back! Specifically, at the Lexington, Friday 2 nd August.

But wait—who are Mumm-Ra again??

Mumm-ra were formed in the year 2000, which sounds even stranger now than it did then, when it was called the millennium and had its own bug.

Although they found a fame of sorts in the mid-noughties scrapping for airtime alongside such epoch-making outfits as Good Shoes, Pigeon Detectives and the Maccabees, and touring with the likes of The Killers, Kaiser Chiefs and The Horrors, the band’s long and rich history begins at school in and around Bexhill-on-Sea in East Sussex. Fans back then would throw teabags at them on stage and for many years they even had a sitar player - a man rumoured to reappear on stage for an oldie or two at the Lexington.

Almost twenty years since a plan hatched in P.E class came off, Mumm-Ra celebrate with a one-off show on Friday 2nd August. The date also marks the 12.181 year anniversary of their debut album, These Things Move in Threes, variously described as “the most wide- eyed, giddy and yearning indie-pop album of the year” by the NME and “a thrilling roller-coaster ride” by Drowned In Sound.

The album’s catchiest number She’s Got You High featured in the film 500 Days of Summer and has since become something of a torch song, clocking up over 16 million Spotify plays and inspiring mass singing and shameless, let’s-hug-each-other joy at weddings and discos across the land.

According to one user, the song “makes me want to run down the beach with my hair blowing in the wind while I dance around for hours.” Another: “this song reminds me of the time I fell in love with a dark haired girl who was a Smiths fans and afraid of commitment and she broke up with me while she was having pancakes.”