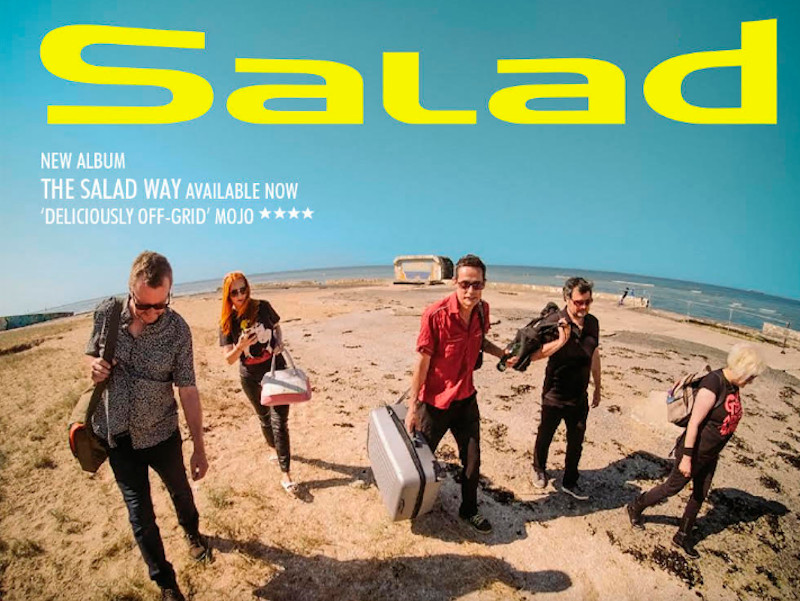 Formed in 1992 by MTV VJ Marijne van der Vlugt, Paul Kennedy, Pete Brown and Rob Wakeman, it was their debut album, Drink Me, released in 1995 which really brought the four-piece to the attention of the masses winning critical acclaim and touring with Blur and other contemporaries. BBC 6 Music are still playing singles from the album, the likes of ‘Drink the Elixir’ and ‘Motorbike to Heaven’ today. They followed this with second album, Ice Cream (1997).

Fast forward to 2017 and the reformation of Salad which saw them release a new album Salad – The Lost Album Vol. 1 and perform at the high profile Star Shaped Festival. They continued their rise in 2018 with a headline tour across the UK and their first single in 21 years, ‘The Selfishness of Love’. In August 2019, the band released a new album ‘The Salad Way’ which was met with universal acclaim, earning rave reviews across the board including a four star review in Mojo and, again, receiving solid radio support from 6Music.

The band set off on a UK tour across March/April 2020. A stunning live act we would highly recommend catching!