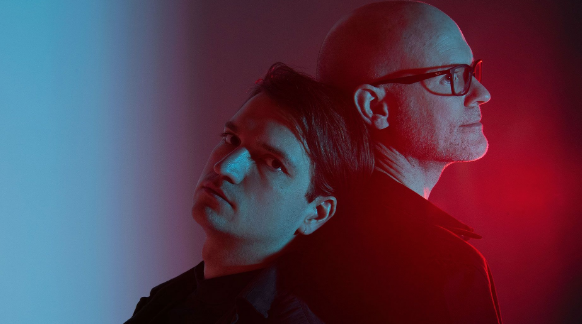 Wednesday, September 28, 19:30
adv £15.40
Given the creative and experimental production ideas of Fyfe, together with the cinematic orchestrations of Iskra Strings, it’s a collaboration with limitless potential.

That unpredictability is a constant throughout the Interiority album. Boosted by collaborations with Ghostpoet, Rae Morris, Kelly Lee Owens and Aquilo, it explores self-discovery and internal narratives, emphasising the profound importance of not allowing yourself to become too consumed by technology - most notably social media - or any other vanity-driven distractions.

It also taps into the idea of forging new worlds through expansive instrumental soundscapes. Iskra Strings adds, “We wanted this album to have a cinematic mindfulness that would drive home the idea of world-creating. ‘Close Encounters of the Third Kind’ was a big influence: that feeling of looking up and being bathed in light was something I thought about a lot when making the album. That sense of expectation and that something is happening creates wonder and otherness, and it inspires us to look elsewhere to something bigger than ourselves.”