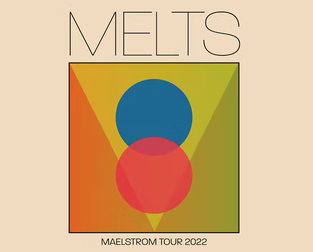 Thursday, October 27, 19:30
adv £11
Bad Vibrations is delighted to welcome Dublin five-piece MELTS to The Lexington on 27th October 2022 as part of their UK tour for their debut album Maelstrom. Tickets go on-sale Friday 20th May.

Lyrically the album weaves between big picture state-of-the-world stuff to the more introspective and personal. As a whole, Kenny says, “the theme of the record is kind of based on coming to grips with the world around us.” The end result is an album that gracefully yet potently merges psych rock with touches of post-rock-esque soundscapes, pulsing krautrock, all of which is driven by demented organ wig outs, engulfing waves of heavily textured guitar and a crisp rhythm section. While they land on a sound that is distinctly their own, their debut occupies something of a middle ground between Spacemen 3 and Primary Colours-era The Horrors. Or, as the band say themselves, something that sounds “driving and fucking stomping.”