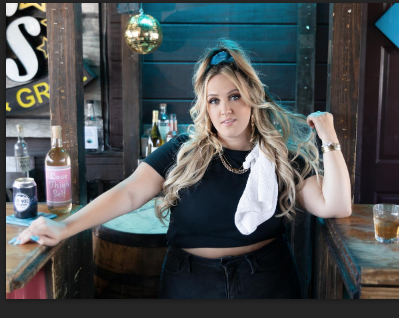 (May 18, 2022 – Nashville, TN) Mercury Nashville recording artist, Priscilla Block, has announced dates for her Welcome to the Block Party World Tour, which follows her first headlining U.S. dates where she sold out 11 of 14 shows during the tour’s initial run. Priscilla is one of Country music’s most exciting new artists who has been taking the music world by storm since her RIAA Gold-certified “Just About Over You” captured audiences via TikTok. Since then, her undeniable voice and candid lyrics have cultivated a loyal fanbase and her debut album, Welcome to the Block Party (Mercury Nashville), has garnered her an ACM Award for New Female Artist of the Year, quickly followed by another nomination for Breakthrough Video of the Year at the 2022 CMT Awards.

"I’m beyond blown away at the success of my first headlining tour!" says Block. "I’m still such a new Artist and it’s a little scary to go out and play on your own, but the fans have shown up all Spring, and I couldn’t be more grateful! I love being able to play my full album and bring all the deep cuts to life on stage. We got sassy with it, we got trashy with it, baby! I absolutely loved being able to elaborate on my own stories and where I’ve come from to my fans."

Since hitting the road, Priscilla has been meeting countless fans who keep showing up to the Block party! Her hit songs like “Just About Over You,” “Wish You Were the Whiskey,” the body-positive anthem, “Thick Thighs,” and current radio single, “My Bar,” have fans singing every word in packed venues from Atlanta, GA to Columbia, MO.

Now, the rising singer-songwriter is gearing up for her first-ever headlining dates overseas.

"The US Tour was such a success, we’ve decided to take this thing overseas!" says Block. "I had the opportunity to play C2C this year and it was unreal. I can’t wait to get back to Europe and show everyone what the full Block Party is all about!"

Tickets for the Welcome to the Block Party World Tour are available at priscillablock.com/on Friday, May 20th at 10:00am BST / 4:00am CST.