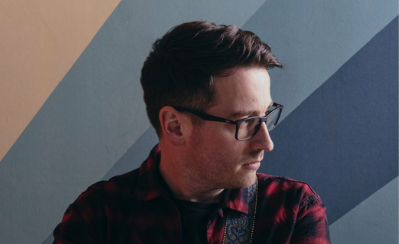 “‘Your Money Or Your Life’ is about the notion that throughout your life you are left with regular decisions to make that pit what is best for you as a person against what is best for you socially or financially. I think the pandemic kind of highlighted that issue quite a lot… the difficult choices people have to make every day to survive” – RJ Thompson

​​Alongside the track, RJ unveils a brand new music video. Premiering on CLASH – who called the song “a daring firecracker of a tune, with its glorious summer-fuelled energy bouncing out of the speakers”, and the music video “a burst of isolation imagination” – it was filmed inside four walls as most of his new era was written, during the Coronavirus lockdown. The multi-instrumentalist jams in solitary as the room is painted from an empty, lonely white to warm oranges and blues, a spectacle of lights turning RJ’s solo performance into a show that, with a little imagination, could be on any stage.

Following on from 2020’s Lifeline – which debuted at Number 1 on the Official UK Download Chart, following with a Number 5 on the Official UK Album Chart upon its physical release in the Spring of last year – ‘Your Money Or Your Life’ and much of the upcoming music was created within RJ’s own home, in isolation like most of the world. Despite being physically restricted, the headspace it granted inspired dreams, reflection and ultimately the music he would now prepare to release as his most ambitious yet.

Dubbed ‘Synth Springsteen’ by the UK media and influenced by the likes of Beck, Brandon Flowers and Bleachers, RJ Thompson’s artistry merges brilliant storytelling with a signature nostalgic sound. He’s received lots of love on BBC radio from the likes of BBC Radio 2, 6Music and BBC Introducing. The Times claims that he is ‘one to watch’ while The Guardian hails the artist as ‘prolific’, with additional acclaim from the likes of Wonderland and CLASH.