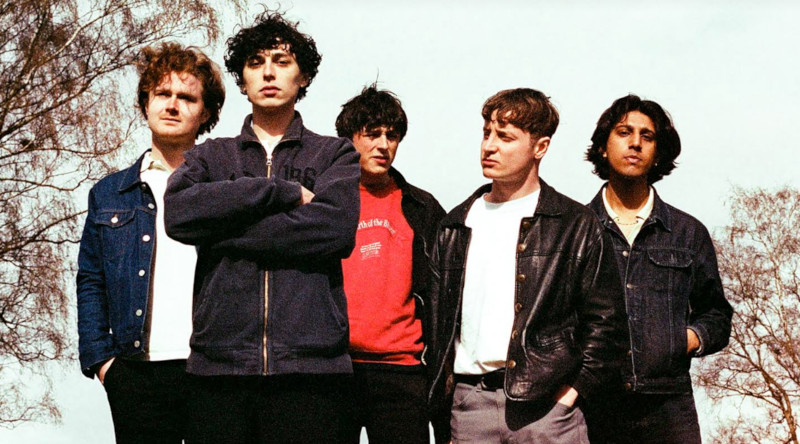 The Goa Express, Been Stellar

Teenagehood, brotherhood and a genuine love for alternative music has united The Goa Express from the off. Hailing from the industrial town of Burnley and adopted by the Manchester culture carriers, their teenage years can be viewed as something of a hedonistic pilgrimage into the underbelly of suburban rock and roll- their first gig having been 3 songs blasted out their mates garage, the next on top of a local vintage shop where the floor nearly caved in: “when there’s fuck all, you make do with what you got”.

The intensity of this friendship has resulted in the occasional bust up along the way, yet it only adds to the burning chemistry that the band offer on record and on stage. Together, brothers James Douglas Clarke (Guitar + Vocals) and Joe Clarke (Keys), along with Joey Stein (Lead Guitar), Naham Muzaffar (Bass) and Sam Launder (Drums) all contribute to a fuzzy wall of diverse sound, becoming harder to pin down with their constantly evolving, psych-umbrella’d, rock and roll. What sets The Goa Express apart from other musicians who sit comfortably within scenes is that their identity as a band has been growing organically long before the 5 of them decided to pick up instruments and teach themselves art of killing time.

Their genuine joy in the everyday; their attitude and antics seem to hark back to the glory days of the NME- if they talk about a night out, you want to be there because these lads ooze charm and wreak havoc. This purist, old school approach to creating music through unified experiences and stimulated good times is married with the plain fact that they are very much young people of this generation, and while they see its flaws its hyperreality, its sheep-like tendencies, they still understand the importance in the immediacy of pop music: of a banging riff, or a glorious chorus and how effective this can truly be, and they want everyone along for the ride.

With influences ranging from Spacemen 3 and The Brian Jonestown Massacre to French existentialism, from Beat Literature to long hours working at the Bookies to the journey into the sunrise on the night bus home, it is their ability to be all these things at once which makes The Goa Express a guitar band for the 21st Century. Nothing is ever a compromise because they are so unapologetically themselves in everything they do- proud Northerners with a DIY foundation that aren’t afraid to look into the often dim future and see themselves shining brightly in it, unforgiving and unpretentious.

So far, the band have released 3 singles with great success. The first: ‘Be My Friend’, produced by Ross Orton right next Sheffield’s famous ‘City Sauna’ brothel, presents itself to us as a cheeky, snarling pop song, holding undertones of raw cynicism laden with psychedelic sunshine. Ross Orton’s studio was also right next door to where the band recorded their last single ‘The Day’ with Nathan Saoudi of Fat White Family at ‘Champ Zone.’ Both these producers have been able to give these instant pop classics a grittier feel, capturing the essence of the unfettered lifestyle the band were living at the time that they were able to capture themselves in the music video for ‘Be My Friend’.

After signing with Ra-Ra Rok, (WU-LU/Bingo Fury) the band released anthemic summer hit ‘Second Time’, that went straight to the 6 music B-List before quickly heading up to the A-List 2 for 2 weeks. This was followed by the release of its B-Side ‘Overpass’ that almost immediately caught the eyes and ears of BBC Radio 1’s Jack Saunders, who had the band on his ‘Next Wave’ Segment. Closing the year that saw them play to thousand-strong crowds at festivals like Latitude and End of the Road, the band headlined their biggest headline show to date at Manchester’s Gorilla - its fair to say that this really is only the beginning.