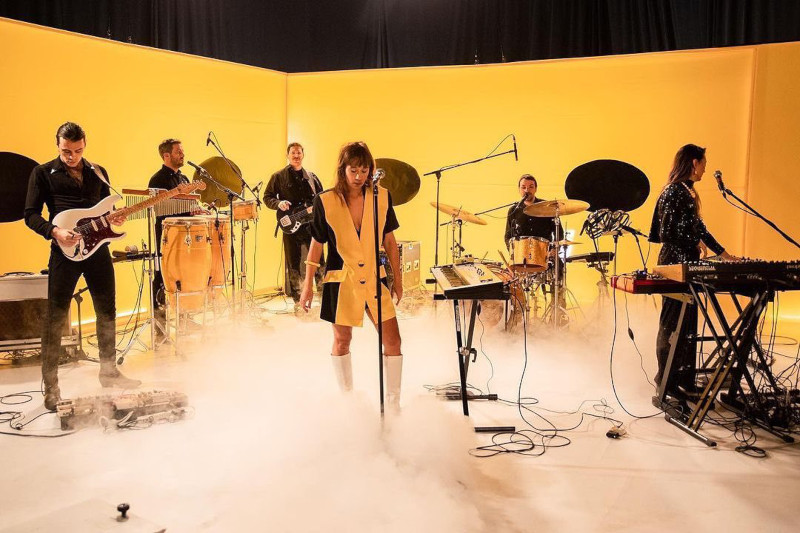 Le Couleur polished their sound until it shined as bright as the late Studio 54's spotlights with EPs Voyage Love (2013) and Dolce Désir (2015), and then P.O.P. (2016), their critically acclaimed debut album. Thanks to precious advice from Giorgio Moroder, with whom the band had the opportunity of sharing the stage, Le Couleur recorded their new album adopting a completely different approach.

Concorde takes its name from the legendary Franco-British airplane from 1965, nicknamed the "beautiful white bird" for its sleek and modern design. This avant-garde project that ended in tragedy has always held a certain fascination for Laurence Giroux-Do; a deadly "crash" that inspired in her a sense of macabre sensuality.