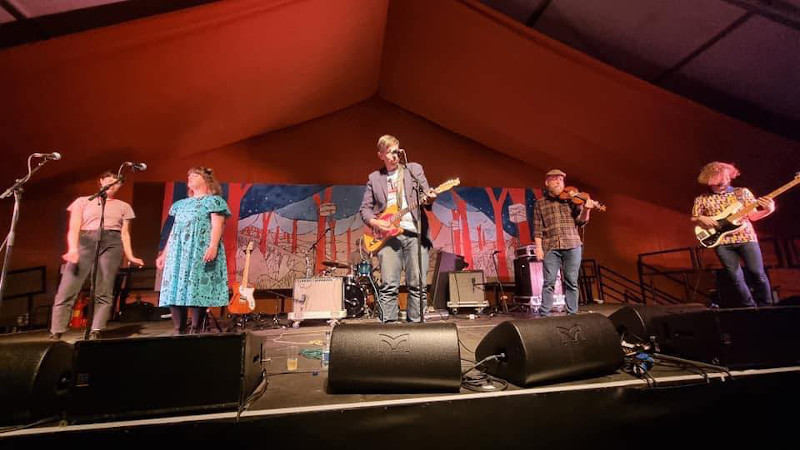 Thursday, January 13, 19:00
adv £13.20 or 4 day ticket £41.04
DARREN HAYMAN
Best known as the singer-songwriter of the phenomenally successful and much-loved Hefner, Darren Hayman is now 15 years, and over 14 albums, into an increasingly idiosyncratic career path, where he has taken a singular and erratic route through England’s tired and heartbroken underbelly. Darren is also writing the best tunes of his career; increasingly complex and mature songs, he is a thoughtful, concise and detailed songwriter.

EMMA KUPA
Emma Kupa currently fronts Mammoth Penguins, and The Hayman Kupa Band alongside Darren Hayman. She initially made her name with Standard Fare, whom called it a day at the peak of their success in 2013. Her insightful warmth, eye for lyrical detail and powerful, idiosyncratic voice has made her a firm favourite amongst fans and critics alike.

JESSICA’S BROTHER
Jessica’s Brother are a London trio comprised of songwriter Tom Charleston, Jonny Helm (drums, also of The Wave Pictures) and Charlie Higgs (bass). Channelling the spirit of the Brothers Grimm to create an otherworldly atmosphere, they weave their motley influences together making a rich and eclectic vision, with nods to Silver Jews, Jason Molina, Nick Cave, Richard Thompson and Neil Young. There are themes of joy, anger and silliness in a carefully crafted world with a colourful cast of characters.