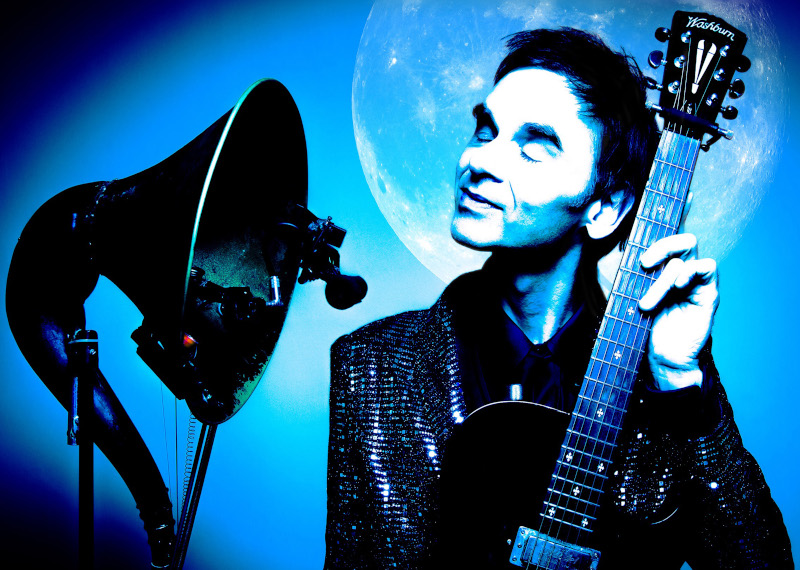 Sunday, December 12, 19:00
adv £9 / otd £11
Merging a fevered imagination and solid songwriting with a mad scientist's brain for weird gadgets, American singer Thomas Truax is a true one-off.
He is known for his unique self-made instruments including a motorized drum machine made of bike wheels, spoons and other found items called 'Mother Superior' and a souped up Gramophone called 'The Hornicator’

After touring perpetually over nearly two decades with these ‘band mates’, Truax retreated to the lab during Covid lockdown to expand the menagerie with an exciting new contraption called Luna which he will be introducing in upcoming live shows.

Thomas crafts rich, poetically evocative songs about insects, trees, technology, and a lifelong obsession with things lunar, including various reasons 'Why Dogs Howl at The Moon'. His nine studio LPs include highly-rated covers album 'Songs From The Films Of David Lynch'.

"Endlessly inventive and creative…A show not to be missed!” -Oxford Times

"They broke the mould when they made Thomas Truax. A former magician, occasional performance poet and irrepressible inventor of automated steampunk instruments with names like The Hornicator and Sister Spinster, he's a captivating performer, with a touch of Tom Waits or David Byrne's ability to drag you bodily into an off-kilter world. And he has the tunes to back up the attitude. In fact, amid the gleeful sonic invention it's easy to miss how good his songwriting can be"
- James Eagle, Morning Star