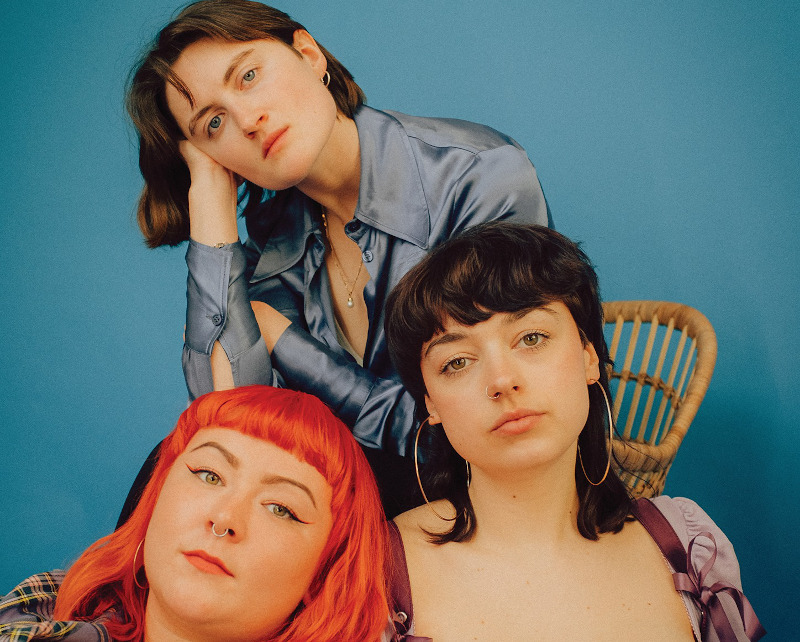 Saturday, October 30, 19:30
adv £8
★ Adwaith ★
One of our favourite new bands of recent years, we clearly aren’t the only ones who’ve noticed the brilliance of South Wales-trio Adwaith. Their acclaimed debut album, Melyn, drew near universal critical acclaim, culminating in the band winning 2019's Welsh Music Prize. The band have wasted no time in following up on Melyn’s success, releasing a series of new tracks that hint at where their fascinating music is headed next.
Describing Adwaith’s sound is a difficult task, each track is equally likely to be a slice of perfect post-punk, an ethereal soundscape or a swampy blast of ravey psychedelica. With an eclectic, magpie-like approach to songwriting, Adwaith manage to create a sound entirely their own, and one that looks set to propel them as far as their ambition and imagination can take them. More than just the future of Welsh-music, Adwaith might just be the future of music as we know it.


★ Whitelands ★
Whitelands is the musical project of Etienne; beginning as something to do at lunchtime in sixth form, before quickly becoming a lot more serious with 2018 seeing the release of both an EP, Old News, and a self-titled debut album. Etienne’s blend of shoegaze and indiepop caught the ears of many, receiving radio play on both sides of the Atlantic. Their single Fluoxetine was a standout reflection on a personal battle with depression and the wider issue of our societies failure to talk about mental health. The track marked a thrilling new direction from a prolific and intriguing new voice on the DIY-scene.