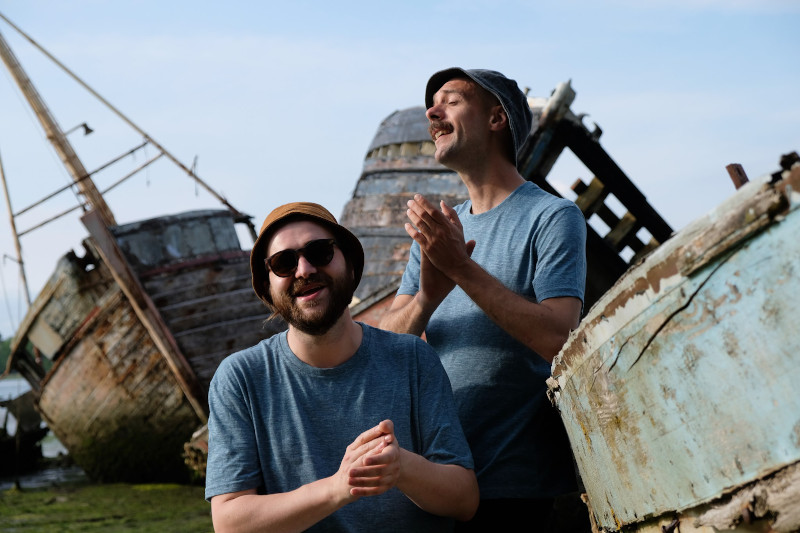 Saturday, October 02, 19:00
adv £7
Croydon post-hardcore power duo FRAUDS are delighted to announce that they have signed to Alcopop! Records, with their second album Long Spoons scheduled for release in Summer 2021.

When Frauds’ original project split back in 2008 after a short lived record deal, a whirlwind of shows, and an LP released only in Austria, it looked like the visceral punk spirit they once possessed had died, giving way to reasonable IT recruitment consultation and a shimmy up the career ladder at HMV. An OK life, if tedium and manageable misery are your thing…

Listening for the first time to artists such as Nick Cave, Tom Waits, Sonic Youth and Fugazi led band members Chris and Mike into the world of post-hardcore bands; bands like Mclusky, Hot Snakes, and Drive Like Jehu. “I remember coming back from a very drunk and depressing HMV managers’ conference in Birmingham and having an epiphany: I could sing like those bands,” says Chris.

The two-piece create songs that are packed with wit, humour and venom. They want you to have fun. They want you to be angry at the general state of things. They have a goal to one day play a gig with no instruments. “Something satirical, fun, enraged and the heaviest f*cking thing you’ve ever seen,” they say, in all seriousness.

It’s angry, but it’s fun. It’s satirical, but it’s ridiculous. The only thing you can be sure about is that they’re heavy as f*ck and they’re not gonna take it anymore.