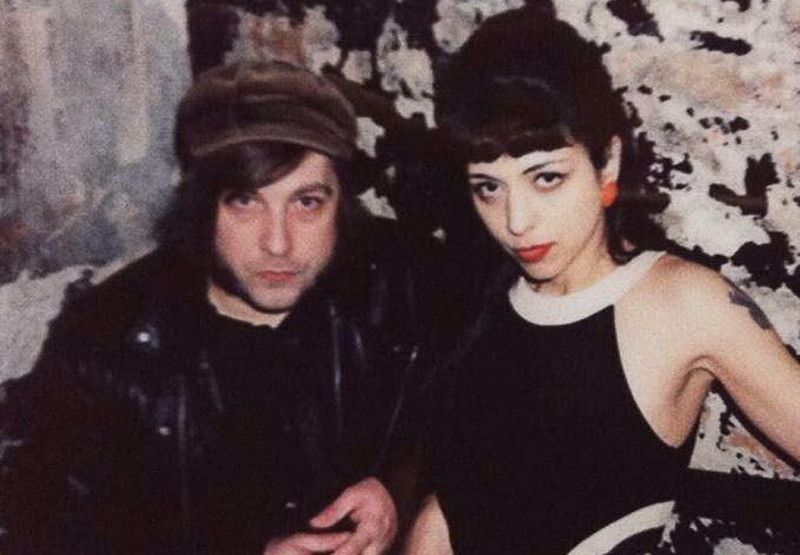 Tuesday, October 19, 19:30
adv £12.50, on sale 23rd July 10am
The Courettes is “the real deal” (Vive Le Rock, UK), “the real sound of now busting through your door (Rolling Stone, USA)! “the world’s greatest two person rock n’ roll ensemble”! (The Next Big Thing, UK). and “Your new favourite band once you´ve heard them!” (Louder Than War, UK) The Courettes is an explosive duo from Denmark and Brazil who is praised by the biggest music magazines around the world. In 2020 the band signed with legendary British label Damaged Goods, putting them on the same roster as top international rock icons like Buzzcocks, Manic Street Preaches, Atari Teenage Riot, New Bomb Turks, Amyl and the Sniffers, Billy Childish, Captain Sensible and many others. Their first single by Damaged Goods “Want You! Like a Cigarette” was released in 2020 in the middle of the covid-19 pandemic and got airplay at BBC 6 Radio in England and spins at P6Beat and P4 here at home. “This extraordinary 45 marries a super-charged pop top side to a charging, rampaging flip" wrote Kieron Tyler (Mojo, UK). A brand new single, “Hop The Twig”, will be released in the Fall and is an exciting blend of garage, surf, 60s girlie pop and riot grrrl attitude and is due to be released in the Fall. One of the most hard working bands on the European rock scene, The Courettes has the reputation of delivering full-speed energetic performances (“The Courettes full-bore attack would do any festival proud” Kieron Tyler (Mojo, UK) and has played in 15 countries around Europe and Brazil. In 2020, despite the pandemic, the band kept the wheels turning and impressively made 25 concerts in Denmark, Germany, France and Norway, showing their never ending lust, dedication and seriousness towards their career. Flavia Couri (Vox, Guitar) and Martin Couri (Drums, Vox) have played at festivals like Eurosonic (Holland), Reeperbahn and Garageville (Germany), Azkena Rock Festival (Spain), Roots & Roses (Belgium), Bukta (Norway), Cosmic Trip (France), Franklin Fest (UK), Gutter Island, SPOT, Distortion and Copenhagen Psych Fest (Denmark) and also toured in Sweden, Finland, Austria, Italy, Portugal and Brazil and shared the stage with artists like The Sonics, The Pretty Things, Holly Golightly, The Bellrays, Jon Spencer, B52´s, Stray Cats, Kitty, Daisy and Lewis, Gang of Four, Weezer, Franz Ferdinand and more. The Courettes had previously worked with reputable labels as Crunchy Frog (DK), Groovie Records (PO), Bachelor Records (AU) and Chaputa! Records (PO). The duo´s third album is being mastered now and brings the band in top form, showing great songwriting skills and with broader nuances, influences and sound qualities to their garage rock recipe. “Back In Mono” is due to be released in the Fall 2021 by Damaged Goods, and the band has high hopes for being able to be back on the road for promoting it in the Summer. “The real sound of now busting through my door, new songs that keep kicking the history forward. I can’t imagine my turntable without The Courettes” (David Fricke, Rolling Stone, USA) "The dynamite just keeps on coming!" Lindsay Hutton (The Next Big Thing, UK) “Your new favourite band once you´ve heard them!” Marc Mcstea (Louder Than War, UK) “Unbelievably good songs, top tunes. The COURETTES get along completely without covers and have found their own distinctive sound. Charming, twisting and always danceable.” By Gereon Helmer (Ox Magazine, Germany) “Crooked girl group love songs fed on a diet of bathtub amphetamines” Henry Hutton (Shindig!, UK) “Like amped-up Kinks meets The Sonics in a dark alley” Lenny Helsing (Bananas Magazine, USA/UK) “The Courettes full-bore attack would do any festival proud” Kieron Tyler (Mojo, UK) “The coolest couple of the Reeperbahn Festival” (The Music Minutes, Germany) “‘60s-style garage band that has the look, the vintage gear, raw production, and actually play with pure fire and intensity. Most importantly, they have SONGS” (Mojo Workout) See Less