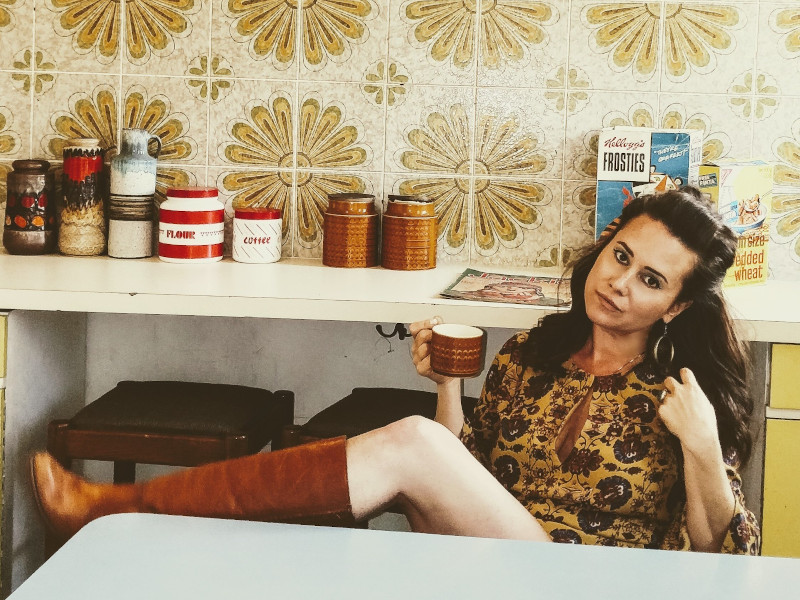 An American songwriter living in London, Glide Magazine has called Moment’s music “achingly beautiful... reminiscent of many a spectral songwriter including Emmylou Harris”. The Party's Over, featured on BBC Radio 4's Loose Ends with Clive Anderson and released in March of this year, with shades of Country, Blues and Americana is an album about hitting a wall; coping with life's physical and mental struggles when it seems as though things can't possibly get any harder. Join Emily and her band for their long awaited launch event to celebrate the album’s release.
www.emilymoment.com

Golden Spike
Golden Spike employ multiple lead vocals, three-part harmonies and an irreverent attitude. The band were recently dubbed "Masters of Melodic Yearning" by ForTheRabbits. Members are from across the globe (Australia, Northern Ireland, and America) and have shared stages with Wilco, The Handsome Family, Robbie Fulks, Andrew Bird and more. They are currently recording their debut LP after releasing an EP and several singles in the past few years.
https://www.facebook.com/goldenspikeband/

& Dan Raza, a mainstay of the London folk and roots scene and host of the radio show 'Spirit & Roots'
http://www.danraza.com/