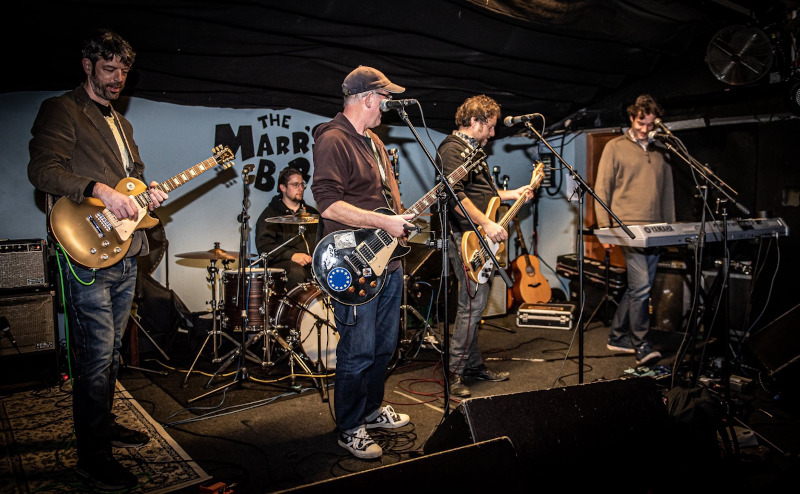 Abdoujaparov's musical foundations are the joyous and shambolic influences of 1977 punk rock. The music is raucous, fast and sometimes a bit country. The lyrics are rude, tender, funny and frequently a little unwell.

So far eight EPs, and two albums 'AIR ODEON DISCO PUB' & 'CYCLE RIOT HISTORY GANG' have been released on Spinach Records. A compilation CD, DJAMOLIDINE, featuring tracks from the first 3 EPs was released by Pop Gun in Australia. The band has toured the UK, Germany, Australia and America.

The band features a constantly changing line-up depending on where and when they are playing. Check out the Abdou Family Tree for the gory details. We also sometimes tour under the guise of iDou, which is a cut-down line-up featuring Les, Richie and an iPod Shuffle.

Djamolidin Abdoujaparov
The band Abdoujaparov is named after a professional cyclist from Uzbekistan, who was famous for being extremely competitive in sprinting. In fact he was so determined that he would often knock other riders off their bikes with his unusual and erratic riding style. My favourite incident was when he run over a policeman who was trying to take photos at the Tour De France. He was banned from cycling two years ago for drugs offences.