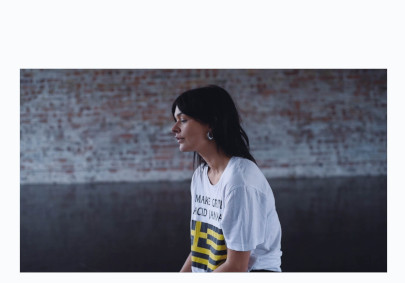 The new track seemingly owes a debt to a rainy day in the pub four years ago, and it shows off a rather more raw, grunge-laden aspect to her sound.

Out now, it will be followed by some extensive touring, including a newly announced slot at Brighton's epic Great Escape showcase.

The song itself has an introverted lyrical edge, with 'Donkey' balancing that raucous guitar power and an added poignancy in the vocal.

"It’s an observational song referring to the loss of a loved one and the chaotic time that went hand in hand with grief," she comments. "I didn’t set out to write a song with the theme being so personal to me, but over the moody lackadaisical guitar track created with Josef Page it came about so quickly and felt right. I remember reading through some diaries in the studio which were all pretty fucked up at that point in time.

Bessie adds: "It’s about uncertainty and the fact that we actually have no idea what we’re really doing in life for a lot of it. It’s about an afternoon playing board games in a pub in Ipswich on a come down four years ago. It’s about late, late nights and trying to lose your head. It’s about desperation and finding peace."