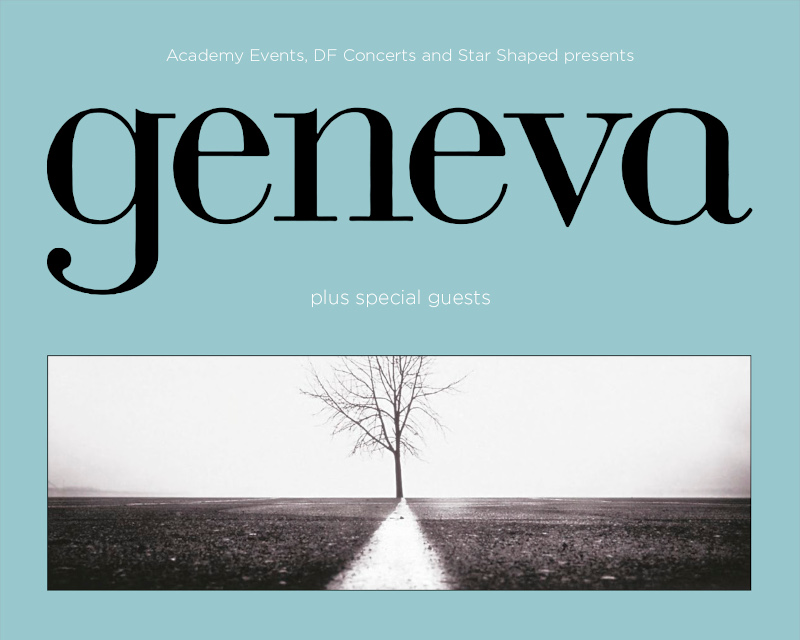 One of their demos found their way to Suede’s record label, Nude, who signed the band in 1996. They released their debut single "No One Speaks" the same year. The band garnered huge press attention and critical acclaim and were asked to headline NME's annual Bratbus tour of up and coming bands in early 1997. The band released second single "Into the Blue" to coincide with the tour.

Reforming in 2019 to play the Star Shaped Festival tour, Geneva wowed packed crowds in London, Manchester, Birmingham and Newcastle. They now announce a string of headline shows and rumours of new material... Have you seen the horizon lately?