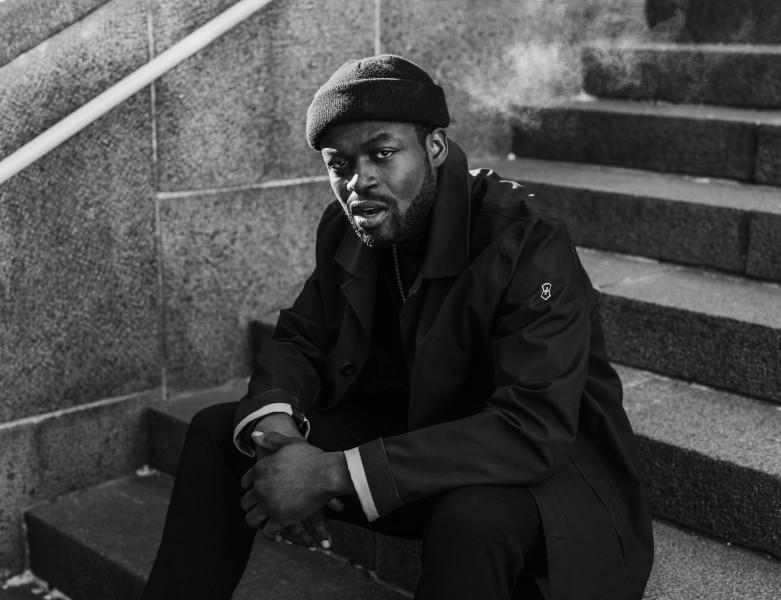 Jesse Markin is a Liberian-born singer-songwriter from Finland. After releasing his debut single “Blood” in May 2018 Markin has quickly become the hottest name in the Finnish urban & indie music scene. Markin’s music is a unique mix of indie pop, hip hop, soul, r’n’b and African folk.

Markin was awarded with the annual Newcomer of the year prize by legendary Finnish music magazine Soundi and he was also listed among Breakthrough acts of year 2019 by YleX (equivalent to BBC Radio 1). Markin’s critically acclaimed debut album “FOLK” was released on May 31st 2019 which led to a TV performance on national TV, features in the biggest Finnish newspapers and shows at key summer festivals in Finland including Flow Festival, Ruisrock, Ilosaarirock and Weekend Festival.

Before starting his solo career, Markin was a part of hip hop group The Megaphone State who released three critically acclaimed albums over the course of 12 years.

Growing up in the forests of Norway’s Hallingdal Valley, 21 year-old Monika Engeseth nursed the dream – or rather, the conviction – that she’d one day be creating music. But she couldn’t have predicted the intense, electronic landscapes she’d create for her debut EP: after just a few months working in the engine room of music production, the young artist has emerged as a one-woman pop factory.

Two and a half years ago, enrolling on a music production degree in Bergen, Moyka “dived into the synth world”. She was in school from the moment it opened, to the moment it closed, covering herself in the complex electronic landscapes of Röyksopp, Highasakite and AURORA; Robyn, Alt J and Son Lux. Working with Cubase and soft synths and samples, she learned how to create, blow by blow, “my own, mystical, synth-driven universe”. She is a contradiction: a private person who writes confessional music. For anyone who wants to know who she is, it’s all there in the songs – mysterious, magical, but accessible too. “I want to create a mystical universe,” she reaffirms, “where people can feel at home.”

​Producing the EP was as much of a catharsis for Moyka as writing the songs in the first place – it was a process of claiming ownership over her sound, establishing her musical character, and finishing something with love. “There absolutely should be more women producers!” she cries. “It’s really important. I don’t know why there aren’t. It’s off-putting to walk into a room with a load of guys talking about plug-ins. It’s not productive, when you’re a woman and you need to find your own sound.”

​Most of her debut EP was written before she got in touch with Made Management, and like all the best music, it is full of strong but abstract feeling. Moyka plumbs the depths of the young adult mind without sentimentality, and with self-awareness – her songs contain all the acknowledgment of emotional turmoil, with an underlying sense of steely self-confidence. A collaboration with producer Eirik Hella resulted in the title track ‘Circles’, a song of dazzling sophistication in which verse, pre-chorus and chorus explode one after another in an epic exploration of cool pop – just as the rest of the EP.

3 years ago, when Elias revealed his debut single "Revolution" to the world, he was quickly praised by the head of BBC Radio 1 as the best male vocalist since Sam Smith, "Revolution" marketed the American blockbuster movie "Birth Of A Nation" and Elias was booked as the second debut artist ever to perform on Scandinavia’s largest TV talkshow Skavlan. He was nominated to two Swedish Grammy Awards and made a unique performance at the gala - and Jefta van Dinther, the choreographer for world renowned Cullbergbaletten, got inspired and based the entire stage production “Protagonist” on "Revolution" - where Elias also participated as voice-over.

Expectations turned into walls. The more opinions people had about the music, the more distant Elias felt from creating.

The expectations on him were different from his own artistic view.

Decision was made to revert to creating music, for himself. Since then Elias has fought to make music in his own way and on his own terms. Not to be pigeonholed where he does not belong. To create an album he is proud of and can support all the way.

The result was the album "Entwined" which contains collaborations with the Grammy-winning producers Paul Epworth (Adele, Florence and the Machine, Lana Del Ray) and Fraser T Smith (Stormzy, Drake, Sam Smith) and Elias right hand partner HYENA (Janice, Shout Out Louds) and the close friends Humble & Blisse (Skott, Silvana Imam). The album comprises twelve songs, over three years of writing and thousands of hours in the studio - but above all is it Elias.

Elias has followed up the 2018 album with new releases throughout 2019, including his latest single Neon Lights, and the stunning track 'I Give You The Best'.