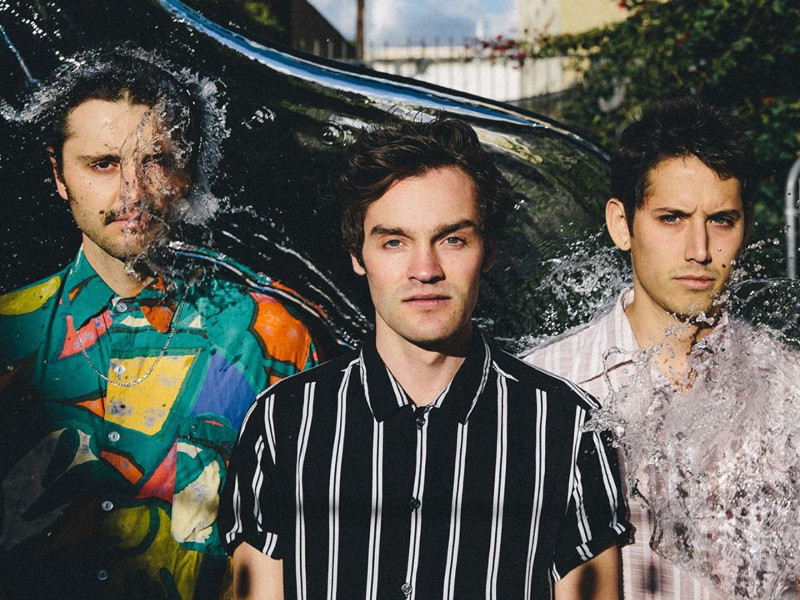 There’s an enclave of the punk world where the music still sounds like an austere distillation of America’s forlorn dream. It’s the sound of an old jukebox spinning a Ronettes 45 through a broken speaker, the kid in the garage figuring out the 1-4-5 progression on guitar, the thump of the kick drum banging in 4/4 time through a dilapidated PA.
LA’s SadGirl sound a lot those early American punks—the miscreants that preceded the nihilists. Their songs sound more rooted in the wake of Motor City soul and Pacific Northwest surf rock than in the formula laid out by The Ramones, but there is still something in their reverb-and-tremolo pop that feels like a reminder of America’s decay.
On their 7” for Suicide Squeeze Records, SadGirl harnesses a golden oldies sound with “Breakfast for 2", and touch upon its traditions. “It’s a follow up to one of the first tracks I wrote for the project, ‘Breakfast Is Over’. It's meant to be a sequel in line with rock n’ roll and oldies tunes like "It's My Party" and "Judy's Turn To Cry", says guitarist/vocalist Misha Lindes. The flipside features a cover of the surf classic “Jack the Ripper” by Link Wray. “I’m a big fan,” says Lindes, “but I’m also a huge fan of the late Israeli neo-rockabilly / surf guitarist Charlie Megira, who passed away in November 2016, and Charlie has an amazing version of "Jack the Ripper,” says Lindes. “So our version is really an homage to Charlie as much as it is to Link Wray.”

GHOST CAR - With their tub-thumping, glam rock riffs having a touch of The B52s, with Farfisa organ and theremin, their Knight Rider synths fighting against punk rock guitars mixed with infectious high-pitched vocals sitting somewhere between Clare Grogan and Poly Styrene, this is Ghost Car