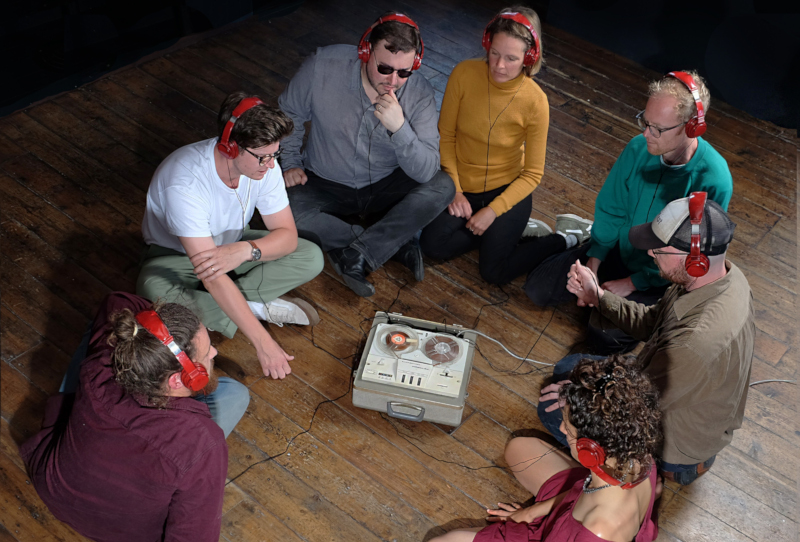 'Birth, death, marriage and divorce - 10 years in and Cocos Lovers are still journeying together, bending sound and vision. There’s been much change in the individual lives of the members and this, fused with the current fragility of an increasingly divided world, has set the scene for a new record - their fourth. Cocos Lovers began their musical career travelling Europe - busking, writing songs by campfire and visiting socialist communes. These adventures inspired them to create their own label - Smugglers Records. They have now released 27 records, opened a venue in the form of The Lighthouse, opened a record shop, promoted more than 400 gigs for other bands around the UK and beyond, and established their own acclaimed annual music festival (Smugglers Festival), all in their hometown of Deal. With the current state of the music industry, there's scarcely a more DIY band in the UK.

Initially written in Cornwall, the band then worked closely with Barney Pidgeon (Bison Bonasus) and Joel Magill (Syd Arthur) in the production of the record, eventually recording it in the basement of The Lighthouse, Deal (it's inaugural product as a studio). The new record sees them step further into psychedelic realms, nodding to the nearby Canterbury Sound and to the darker drones and rhythms of North-African music. ‘Everything We Hold in Hope’ will evoke a story of growth, determination, and above all love in all it’s byzantine machinations. Coming out November 2019