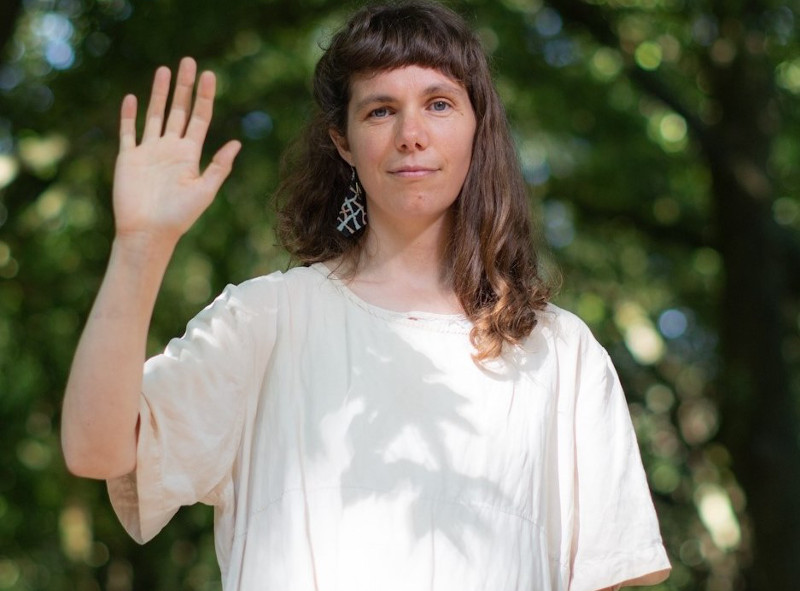 
“Late contender for the best of the year list… Brilliantly unusual, unexpected tracks, you never know what she’s going to do next.” Lauren Lavern BBC Radio 6Music

Traversing the globe, immersing in other cultures and landscapes, witnessing how different people live and create things, all the while raising children against a changing political backdrop: the culmination is a furnace for innovative song writing.

Contemporary folk multi-instrumentalist Rachael Dadd is gearing up to release her 6th album Flux later this year. It follows on from her highly acclaimed album We Resonate and previous string of releases in the UK, EU and Japan. Flux is an album of big bold songs: a response to the flow of life up-rooted; a protest against the flow of recent political history; a diary of the flow within the intimate space of home.

In 2016 to 2017 her solo Piano and Projection show received an Emerging Excellence Award. She toured this formation as well as full band and solo across venues and festivals in the UK, Europe, Australia and Asia.

PRESS QUOTES “Contender for the best of the year lists… brilliantly unusual, unexpected tracks, you never know what she’s going to do next.” – Lauren Laverne

“Experimental folk multi-instrumentalist Dadd is one of the quirkiest singer songwriters on earth but she’s also one of the best… a richly eclectic sonic treat.” – HIFI NEWS 9/10

“An artist destined to define the genre.” – The Line Of Best Fit

“Rachael Dadd is our most celebrated female artist on Folk Radio UK.” – FRUK