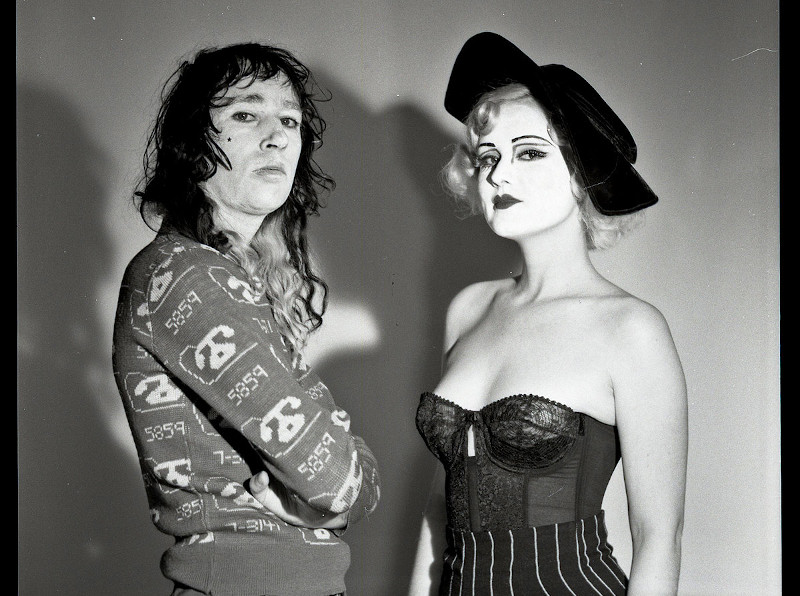 POW! emerges from the tech-waste of the shiny/shitty new San Francisco - deep 80’s synth bass percolating under the circuit-swamp-fried-egg guitar…the drums a teenage tiger’s heartbeat and vocals delivered like a dead-pan face-slap from a kid half your age.

After a tour with Oh Sees, Byron Blum and Melissa, the two band members, have released three records on Castle Face, the latest « Crack An Egg » had several great reviews. And the New album « Shift » out on Castle Face May 10th !

« Just when we thought we knew what to expect from POW! they surprise us with a vigorous and rabid LPs worth of moody cybernetic punk that’s frankly their best yet.

Their 4th is oil-dipped in a rainbowed slick of dread, yet the songs are buoyed by tight tunes that seem to have a lot of fun among the ruins of the future, dare I say with an eye to a less gloomy horizon? Melissa Blue’s sharp elbowed synths jostle with Byron Blum’s zap gun guitar in an ominous fog of oscillations, and yet somehow my toe is a-tapping. POW! got darker and more catchy at the same time, for which some credit is due to the excellent drumming of Cameron Allen and the fantastically future savvy production by Byron Blum & Tomas Dolas.

UK's number 2 Space Surf band...Japanese Television II is out now and definitely lives up to its cosmic-beachy billing' NME