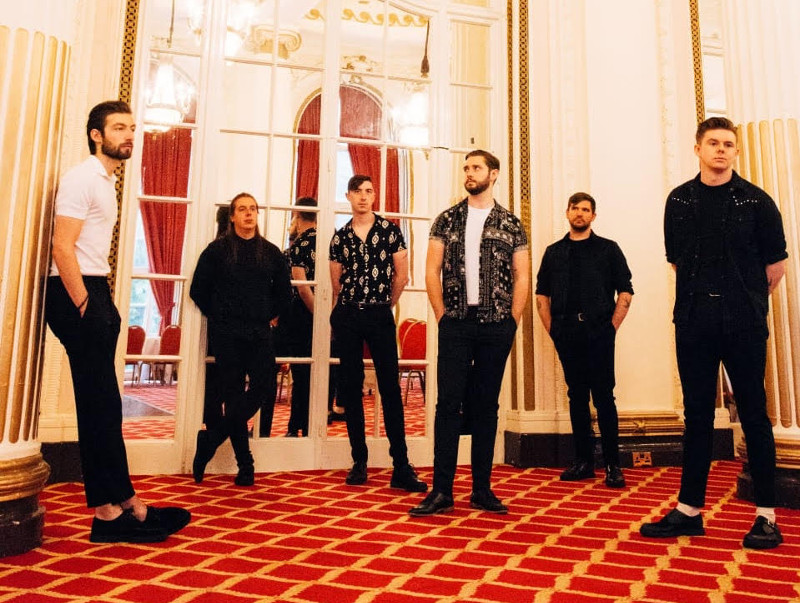 Red Rum Club are a sextet from Liverpool, channelling ‘Tarantino-esque’ wild western vibes with the help of a solitary trumpet. Through hard work and playing everywhere and anywhere, they have built a huge following - a measure of this is that they have sold out 02 Academy Liverpool main room 1200 capacity 5 months in advance for forthcoming September show. GLASTONBURY 2019 for BBC introducing was a pivotal moment in the Red Rum Club journey., as they rammed the BBC INTRODUCING STAGE and had Huw Stephens (BBCR1) championing the band after an exhilarating live performance (see link in videos). Red Rum Club are headliners on the This Feeling stage at many festivals this year including Truckfest, Tramlines and YNOT, as well as having already headlined TF stage at IOW.

Top support slots include with The 1975 in Summer Well festival Romania and Miles Kane at Skeleton Coast Wirral, both in August. Red Rum Club also have just completed a 9-date sold out UK tour.

In September 2018, Red Rum Club signed a record deal with Modern Sky UK and their debut album ‘MATADOR’, released to rave reviews, went in at number 47 position in the UK Official Album Chart and number 5 in alternative chart, and just recently number 12 in the official UK album vinyl chart. They have just agreed second album and publishing deal plus are now represented by top agent Steve Zapp from ITB agency.