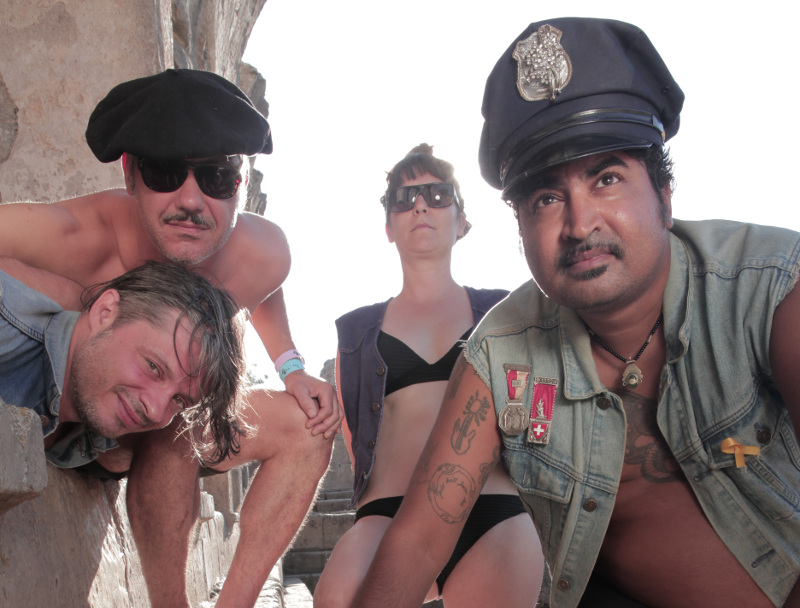 Louder Than Death began as the love child between King Khan and the almighty punk rock legends the Spits. Sean Spits had the vision and passed it on to King Khan in a ceremony involving the waking of a sleeping volcano and the shrinking of a gaping black hole. They had been working on songs secretly for the past 13 years and now finally they have decided to share it with the world. (Including "Broken Heart" which was the first song ever written by a 5 year-old Saba Lou and sung as a duet with Erin Spits). Louder Than Death is the royal family of punk rock bringing mayhem, chaos and maximum pleasure. The first people Khan blessed into the family were Looch Vibrato and Aggy Sonora from the Magnetix and Fredovitch on bass. These rulers of Bordeaux came with pearls all over and now form Louder Than Death along side the King who is still waiting patiently for the day that he will get his shit together and bring Sean Spits over to join them. When will that be? When the moon hits your eye like a big pizza pie...... That's Amore!!!!! Hopefully Sean Spits will join them by 2019 until then watch these four tear time and space to shreds with their fierce razor sharp punk rock with full fisted action in their hearts and big brown middle fingers waving in the air. Album ou on In the red recording ( 07 /19 )