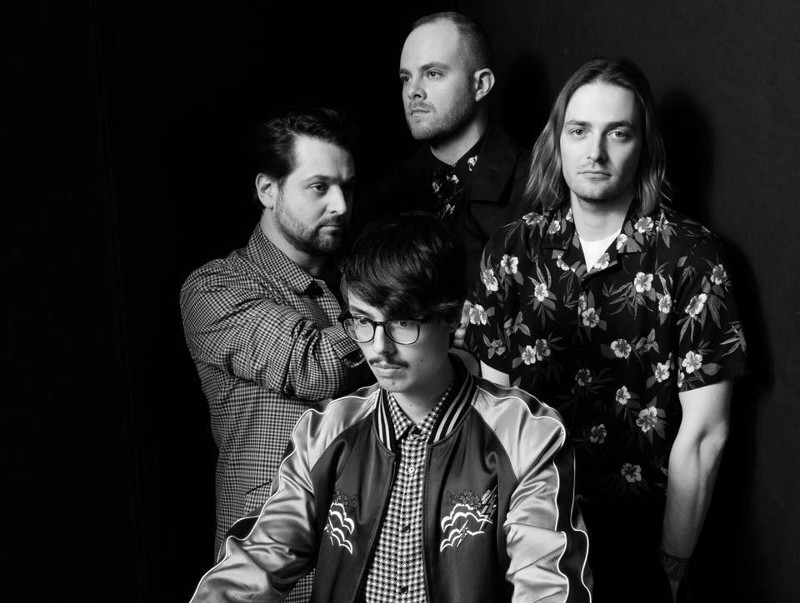 The second album from the synth-pop group finds them getting anxious about their own ambition, a feeling that doesn't always gracefully adapt to the dance floor.

The second full-length from Joywave practically bursts at the seams with discomfort, a sharp contrast from the synth-pop band’s hallmark dance grooves. On 2015’s How Do You Feel Now?, Joywave’s proper debut after two mixtapes and two EPs—grooves came quantized, shiny, and pre-inflated for getting arenas full of people bouncing in place. This time, as much as the new material contains darker pockets, it’s still a world away from the sweaty intimacy of clubs, where spontaneity and human contact rule the day.

This is an important distinction to make because frontman/bandleader Daniel Armbruster pretty much spends the entire new album lamenting his lack of connection to his surroundings. Right off the bat, over a spare synth figure and a soft thump that suggests the sound of a beating heart, Armbruster sings, “I’m searching for the difference between/What CON-tent and con-TENT can bring [...]/Maybe I’m just an algorithm with a given name but/I’m trying to find the difference.”

It’s an odd and gangly sentiment to hear from someone at the helm of a band that, musically speaking at least, is hell-bent on seizing mass-appeal by the horns. And as the mechanical beats gurgle and thump, advertising their commercial viability in letters large enough to be visible from space, Armbruster isn’t so much a ghost in the machine as a helpless presence unable to stand up to his own music.

“I’ve filled myself with doubt/I feel like I sold out” he sings over a rolling cadence on the aptly titled “Doubt.” The song encapsulates the album’s driving conflict perfectly: with more dynamics and room to breathe, “Doubt” could have matched the cresting and falling of the “panic playing out in black and white” that Armbruster tries to convey. Instead, the music proceeds with a cold precision that hits all the right spots but feels ruthless, especially in light of the distress signal the person inside the music appears to be sending.

According to these songs, success is a compulsory pursuit that just sweeps you away in its tide. “You deserve the finer things, you’re supposed to be famous,” Armbruster sings on “Little Lies You’re Told.” Of course, the push-pull between chase and catch, goal and reward, success and failure makes for extremely fertile ground for art. The problem is that Armbruster expects the audience to go along for the ride with an existential crisis that’s his to solve not ours to carry. The band’s creative backbone along with multi-instrumentalist/producer-programmer Sean Donnelly, Armbruster could’ve chosen differently.

For starters, he and Donnelly could have guided mixing engineer Rich Costey (Haim, Vampire Weekend, Fiona Apple) towards highlighting organic elements that would have served the subject matter. Instead, they shoot straight for the radio-friendly bullseye while Armbruster wrings his hands the whole way. By about the third song or so, the music makes you wonder: If you’re going to take this path, why not be resolute about it? And if you have these reservations, why not take a different path, then? Plus it seems just a little too early in Joywave’s career for Armbruster to sound as jaded as he does on “It’s a Trip!,” where he sings “There’s nothing left to want.”

Armbruster and Donnelly have clearly grown as songwriters, and Content hints at a subtlety that Joywave are capable of using to their advantage. On “Confidence,” essentially a lo-fi piano demo that sticks out defiantly right smack in the middle of the album, you can hear the piano’s sustain pedal release before Armbruster walks away and closes the door behind him. “When my confidence is gone,” he sings, “it helps to sing a little song /I find it helps.” Does it really, though? If Content’s songs are to be taken at face value, it’s hard not to have your doubts. - PITCHFORK