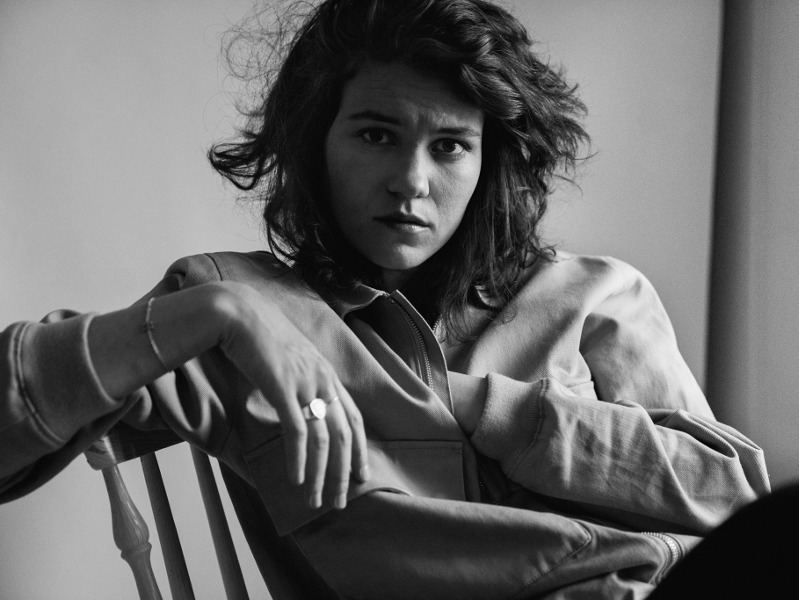 Borders don’t have to define us. When acclaimed international singer-songwriter Fay Wildhagen found herself struggling with arthritis in both of her arms, her unbreakable will to create pushed her forward. She broke free from genre constraints and physical holdbacks to create her new, and aptly titled, sophomore album Borders. It’s a vulnerable release couched in triumph over tragedy, and it shows a new side of Fay as she assumed production duties and sought out ambience and electronic textures as expressive means.

“To be honest, I was in a dark place making the album. I was missing being able to play the guitar, but I knew I had to go forward and not bury myself in sadness. A big part of the album is turning obstacles into ways to move forward,” the Norwegian artist shares.

Fay’s well-received 2015 debut album, Snow, showcased her poetically vulnerable lyric sensibility, and her affinity for lush melodic indie-pop. Borderstakes these attributes in new directions as she explores her brave struggle with health issues and aligns her gorgeously layered melodic touch with the possibilities available to her by keyboards and computers. Here, she uses the studio as a vibrant creative toolbox to construct immersive and dreamy soundscape pop. In addition to Fay as chief composer, producer, and visionary, the album also features contributions from Tobias Fröberg (Ane Brun), Kristoffer Lo (Highasakite), Markus Jägerstedt (Robyn) and Nils Törnqvist (Lykke Li, Miike Snow, Amason).

Borders’leadoff single is “New Again” which, beneath its dreamy musicality, reveals a cathartic moment of rage as being redemptive. “Awake” ponders a stagnant friendship and features sweetly raspy vocals, hypnotic beats, and jeweled guitar melodies. The anthemic pop of “Soldier” is a song Fay wrote to keep her strong during the trying times of making the album. “I was at my most depressed point when I wrote that song. I realized it’s going to take a long time to heal, and I longed to be a child again, free of responsibilities. Yet, I knew I had to carry on,” she shares. The track “Oh My love, (featuring Thomas Dybdah)” is a stunningly sparse album standout that puts Fay’s vocals and rustic acoustic guitars in the forefront.

Today, Fay is healthy, strong, and back to playing the guitar, but she won’t forget those painfully complex times isolated in a cabin during the dead of winter with her computer, keyboards, and her dog, creating Borders. “It feels great to be where I am, and this album is an important part of my journey. It gave me a lot of perspective, and I’m proud of it,” she shares. Currently, Fay is writing her follow-up to Borders.
https://www.facebook.com/events/2085026948272819/