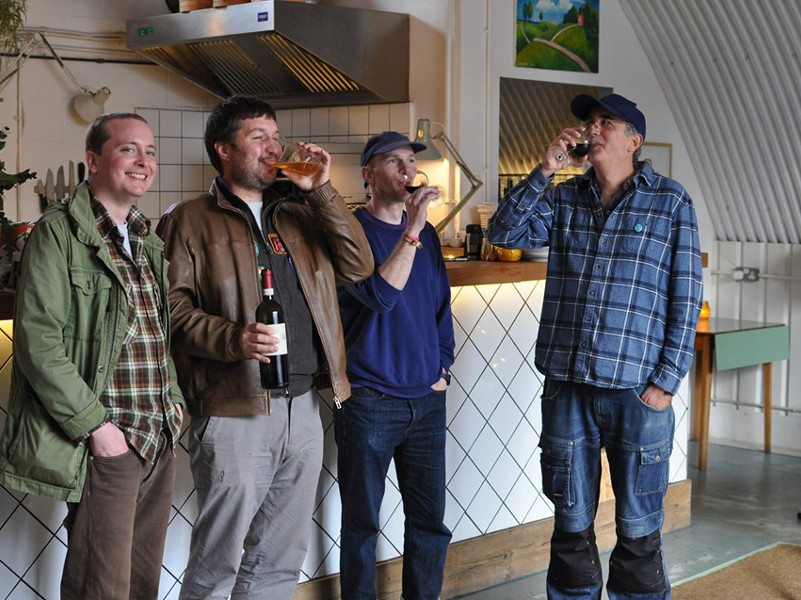 Stanley Brinks and The Wave Pictures are on tour to celebrate their latest record together, Tequila Island. Supporting them will be Freschard.

Stanley Brinks began performing officially as André Herman Düne in 1999, sharing lead vocals, guitar playing and songwriting with his brother David in the band Herman Düne for a number of years. They released several albums and toured extensively in UK, gaining and owing a lot to great support from John Peel. He has used many monikers for various side-projects, but since leaving Herman Düne in 2006, he has been known solely as Stanley Brinks. Born in Paris, Stan has been living between New York, San Francisco, Malta and Berlin for about a decade, always on the move. He has recorded more than 100 albums, collaborated with the New York Antifolk scene on several occasions, recorded and toured with traditional Norwegian musicians, and played a lot with The Wave Pictures.

The Wave Pictures are David Tattersall, Franic Rozycki and Jonny “Huddersfield” Helm. Formed in 1998 when Franic and David lived in a village called Wymeswold, the band played with several drummers until Jonny became a permanent member in 2003 replacing Hugh J Noble. In the beginning the band learned to play together by covering Jonathan Richman songs but soon David was writing lots of original material. They have since released five studio albums to critical acclaim and played numerous sessions on BBC 6 Music, Radio 1 and Xfm. The interest generated by these recordings has enabled The Wave Pictures to play shows all over the world with artists including Jeffrey Lewis, Darren Hayman, Stanley Brinks, Freschard and Herman Dune.

Freschard grew up in a farm in French Burgundy. She started organising shows in the barn when she was about 12 years old. Aged 18 she moved to the big city, Paris, where she baked pies and cakes in a cafe. There, a local musician and regular customer called André Herman Düne wrote a few songs for her to sing. She called her first E.P. “Neon Orange”.

Homeless in Paris, she saved up just enough money to get herself a ticket to New York. There she found an old electric guitar and started writing her own songs.
https://www.facebook.com/events/416442562333128/