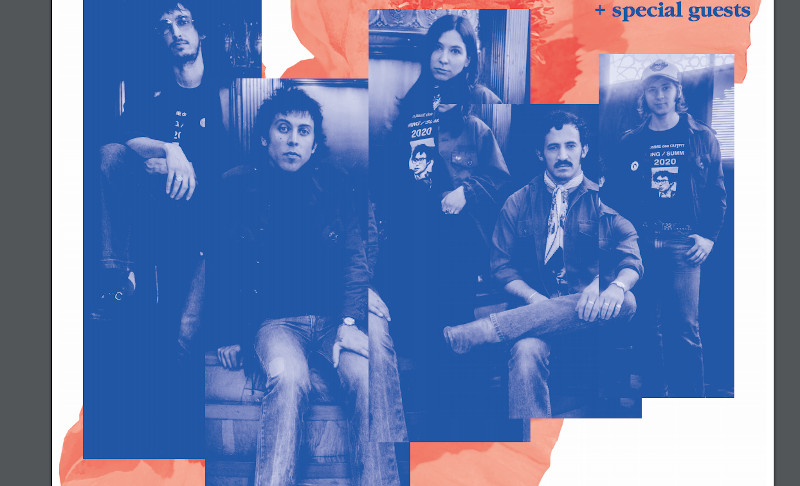 The Ontario musician caps a prolific year with his tenth album of 2020: a rip-roaring rock record that draws on a hodgepodge of styles and sounds, from blustery horns to roadtrip folk-rock.

Already this year, Daniel Romano has released nine records, possibly with more on the way. Technology has made prolificity less impressive, but what distinguishes this Ontario firebrand’s flooding of the market isn’t the quantity of new music, but the quality. Everything he’s done this year—including a book of love poetry—is reasonably good to pretty great, and at best a compelling document of a musician working at the height of his imaginative powers. More than that, there’s the dizzying range of sounds and styles on those nine releases, none of which even dig into the neo-trad country on which he staked his reputation in the 2010s. On Forever Love’s Fool, a single, 20-minute song featuring Tool’s Danny Carey, Romano wears prog rock like an oversize foam cowboy hat. His Super Pollen EP is a power-pop extravaganza recorded with members of Fucked Up and Jade Hairpins, while Spider Bite is a one-off punk explosion featuring the Constantines’ Steve Lambke (his You’ve Changed co-founder).

How Ill Thy World Is Ordered is the culmination of this hodgepodge of side hustles, mostly because Romano manages to integrate so many disparate genres into one rip-roaring rock record. He’s not always successful in his syntheses—the whimsy sometimes feels shoehorned in—but a seamless integration of styles isn’t what he’s after. Romano wants you to hear these songs as high-wire acts, feats of derring-do with real stakes. The album leaps jubilantly between the styles covered on his previous nine releases, and just for kicks he adds a few more. One minute he’s Gram Parsons reciting Shakespearean sonnets; the next Romano and his backing band the Outfit sound like the Raspberries protesting in front of the White House. “Joys Too Often Hollow” begins as roadtrip folk-rock, with Ian Romano’s drum counting the highway lines and Mark Lalama’s organ evoking the sunset they’re driving into. The song fades out, then fades in again when you flip the record: The guitar fuzz on side two opener “Joys Too Often Hollow Pt. Two” suggests they’re now traversing rockier terrain.

These are deeply, and in some cases overly, familiar sounds, yet through sheer force of will Romano and his Outfit put them across as fresh, often exciting, occasionally subversive. When he and his backing band met in the studio, they decided to record the album live and in order of sequencing. More dauntingly, they gave themselves only three takes to get it right and denied themselves any overdubs. The seat-of-pants strategy feeds the album’s sense of urgency, speeding from one riff, melody, and idea to the next. The pace can be dizzying. It’s as though the band can’t wait to finish a song, and once they do, they don’t pause for breath before jumping into the next one. They’ve barely had a chance to hit the final note of “Green Eye-Shade” before the blustery horns of “First Yoke” burst in. - Pitchfork