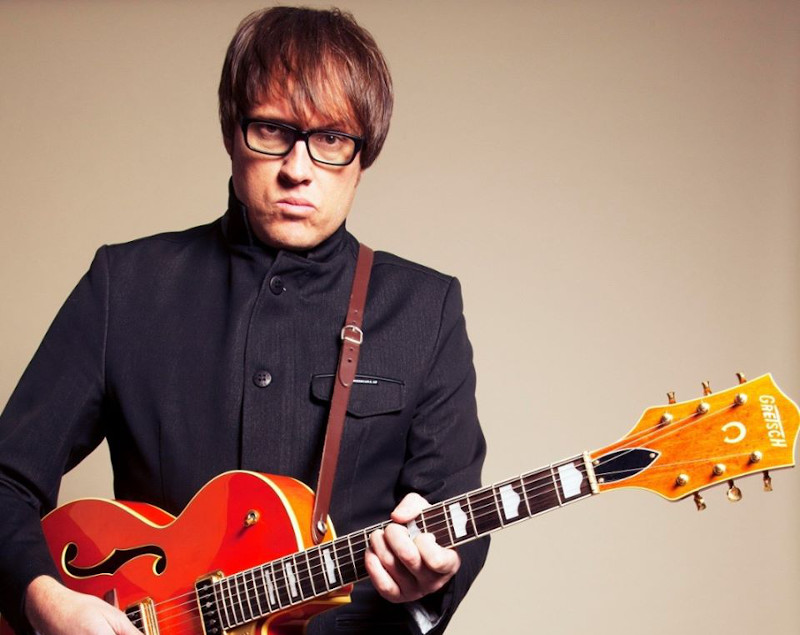 “He is the real deal” Bob Harris OBE

Robert Vincent is an award-winning singer/songwriter from Liverpool - having received the inaugural Emerging Artist Award from “Whispering” Bob Harris in 2016 and UK Americana Music Association’s UK Album of The Year in 2018.

Seeing him play at the Bluebird Café’s Bluecoat event, the legendary broadcaster immediately invited Robert to record an Under The Apple Tree Session in his home studio and for his BBC Radio 2 “Country” show - describing him as “absolutely magnetic”.

Vincent credits his story-telling style of songwriting to his upbringing – where his formative years were spent listening to his father’s record collection including Emmylou Harris, Charlie Rich and Waylon Jennings, plus his older brother’s introduction to Pink Floyd.

In 2013, he released his debut album, Life In Easy Steps - with the title track receiving national airplay from Janice Long and Radcliffe & Maconie – and he’s subsequently toured the UK supporting Paul Carrack, James Blunt, Squeeze and The Pretenders at Royal Albert Hall. Recorded in his hometown and mixed in Nashville by Grammy Award-winning producer Ray Kennedy, his second full-length release I’ll Make The Most of My Sins sees him sited by The Guardian as one the UK’s top Americana artists.

Robert hit the road in Spring for Hearts of Glass Tour supporting Grammy nominated singer/songwriter Beth Nielsen Chapman and closed the show in style with his performance on The Old Grey Whistle Test: For One Night Only on BBC4 – which resulted in his album soaring to #1 in iTunes Country chart toppling Chris Stapleton off the top spot. For his follow-up album (due January 2020) he’ll be working with world renowned Brit Award-winning producer Ethan Johns (Ryan Adams, Paul McCartney, Ray LaMontagne).

A young man filled with dreams, regret and shocking talent, giving his all - now is his time **** Mojo