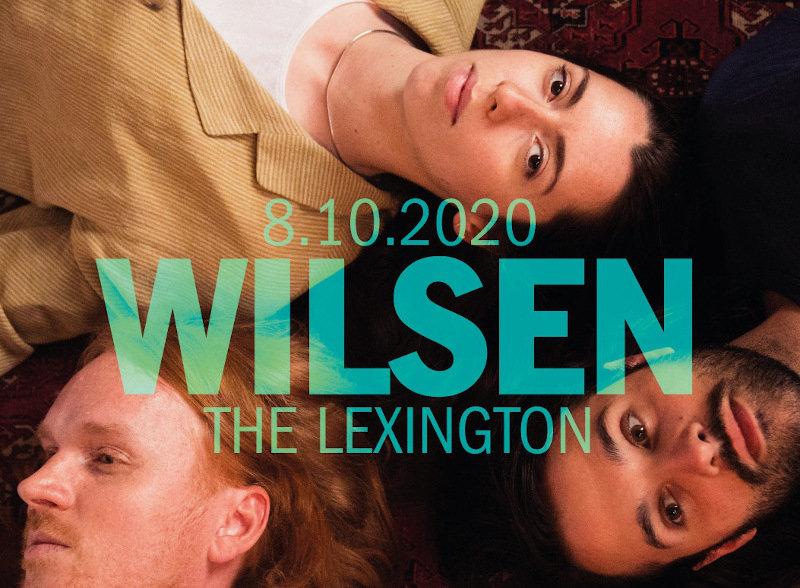 The follow-up to 2017’s beautiful debut album I Go Missing In My Sleep, Ruiner begins with its captivating title track – a supressed, dark swirling mass of atmospheric guitars make way for Tamsin Wilson’s vocals, poised and fresh set against the rest. It has a much clearer, defined sense of melody than much of their previous material. “Ruiner” wraps you up, it’s urgent rhythms striding towards something stronger but just as subtle. The stormy turbulence of the keys and the swelling of the chorus bring Wilson’s vocals to the front and back again, like waves tipped by high speed winds. Basically, as album openers go it’s a winner.

The fiery pacing “Birds II”, the gentler but still spinning “Down” and defiant confidence of penultimate number “Fuse” follow in the title track’s reverb heavy footsteps. As does standout single “Feeling Fancy” which, according to Wilson, is “a song for the soft-spoken. Quietness can be mistaken for insecurity while it's often the opposite - it's being comfortable in your own presence without needing to be heard at every moment.”

Quieter moments on the album can be found in songs like “Align”, “Wearing”, “Bird” and album closer “Moon”. “Moon” still finds Wilson’s voice fed through a crackling vintage filter but it stands starker than anywhere else on the record, a more intimate exposure of the narrative. It meanders, a little too lethargically at times, softly - a gentle lullaby outro. Elsewhere “Wearing” and “Align” take a more acoustic guitar driven path with echoes of that Laurel Canyon sound – they’re warmer, hazier, more predictable and less distinguished but no less gorgeous.

“Birds” hits you mid album – a stripped back short affair which grips you through its absence. It’s a void where Wilson’s voice breathes and simple ideas are played out intensely and intimately before they run flawless into next track “Wedding”.

“Wedding” is a deliberate and focussed number that has an mysticism to the way its presented, a calmness that plays out across twinkling synths, haunting notes and the reassurance that “you will love one another.” Then suddenly sounds fractiously ripple off one another and come back, as if magnetised and the aforementioned “Birds II” hits. “Wedding”, like “YNTOO”, in transporting you to an entirely different place and mood – both representing perhaps the most balanced tracks on the album.

Produced, recorded and mixed by Andrew Sarlo (Big Thief, SASAMI, Bon Iver), Ruiner is a quietly tumultuous storm of a record, and as "Feelng Fancy" articulates, “Quiet’s not a fault to weed out.” It’s a fully immersive 40 minutes of dark atmospherics and designed for a focussed listen for those willing to give themselves up to the music entirely. Each song has so flawlessly been designed to lead into the next. The only downside to this congruous vision is that it can drag a little in places, but we suggest you surrender to the current, hold out against those drifting moments and let Wilsen take you with them. - LINE OF BEST FIT
https://www.facebook.com/events/553340615533567/