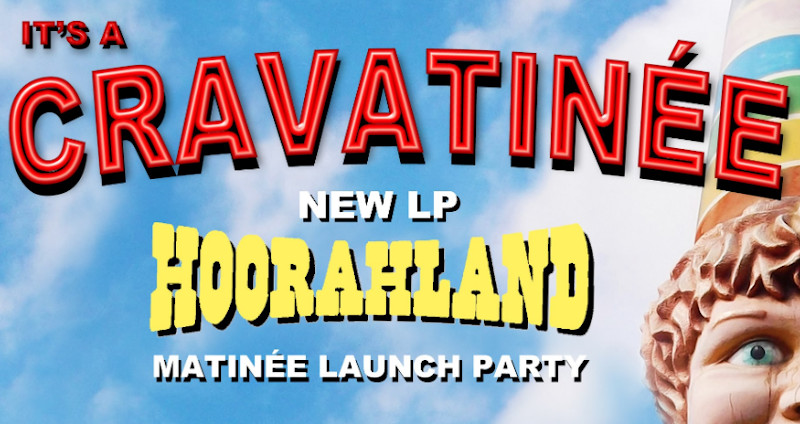 Sunday, April 05, 13:30
adv £8.80
This first ever 'Cravatinée' is a celebration of their new LP 'Hoorahland' which pushes the strange, cartoon world they inhabit another notch towards somewhere they haven't been before. After 43 years, 'Hoorahland' is The Cravats totally in control of where they want to be sonically and a polished progression from 2017's critically-acclaimed 'Dustbin of Sound'.

Welcome to Hoorahland - The Bemusement Park in your head.

“Anarchistwood aren’t a screeching anti everything band, they take that hippy/punk union of subversive chaotic love and peace and ally it to a musically proficient and tight sound that can veer between out and out punk to a Gang of Four funk or a Zappa style shift of rhythm. Add to this a clever use of sound bites and vocals that switch between anger and beauty, and you have a whole record that is bigger than its parts.” - LOUDER THAN WAR

“Scorched torch songs and bruised ballads for the lovelorn, like your sweetest dream and your worst nightmare rolled into one”. - Benjamin Louche, The Double R Club

"If David Lynch was wearing a voluminous Hawaiian Shirt and if that shirt made a record, it would sound like this" - The Shend