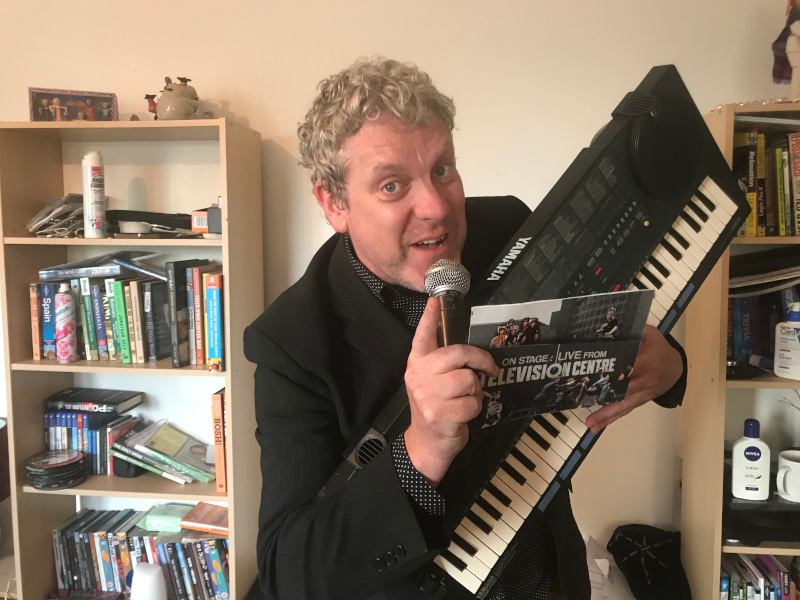 "It's far from serious stuff as the potty-mouthed quizmaster guides you through some pretty silly rounds, including one based on Bob Holness's 'Blockbusters'. A multipack of crisps goes to the team with the best name, as judged by a 'clapometer'.! - Time Out 'London's Ten Best Pub Quizzes'.

"Die-hard musos will love The Lexington’s effort, in conjunction with Rough Trade Records, with rounds such as Badly Drawing Boy, in which teams guess the LP sleeve from a kiddy’s scrawl." - British Airways'' High Life magazine.

"I was really expecting it to be damn tough, but it was definitely accessible to all levels of music knowledge (the first question was to name just one member of JLS - no, we didn't get it).......... Here's a couple of questions that I can remember - What was Bob Marley's middle name? Nesta (we got that one) What was the name of Tele Sevales' big hit in the 70s? If (we didn't get that one). In the picture round there was a picture of two toilets as a cryptic clue to an artist - who was it? Lulu, of course (got that one too). Lots of fun ... and the host is quite the wit." - "I ♥ MUSIQUE

“Quizmaster Paul is halfway through a bravura performance of Bat Out Of Hell on his Bontempi keyboard. I look around and a good 60 per cent of the assembled audience is literally weeping with laughter. This is without doubt the best pub quiz of all time” - Jude Georges, ‘Twee’ fanzine

“Some Northern bloke hosts it and for one round plays pop hits on a Bontempi organ.. everyone laughs their heads of when they realise the plinky plonk bossanova tune he's playing is actually Anarchy In the UK or something, then he looks up completely straight faced and says ‘OK, so 2 points if you can guess that one.’ Haha...” - User review of The Lexington from View London.co.uk

“That was a thoroughly exciting Rough Trade pub quiz. Our team won a round of shots and @paulgmissile called an unfunny heckler a c*nt” - Chris Monk, Twitter

SIX EXCITING ROUNDS, always finishing off with the slightly rubbish live music round!

PRIZES to be won each week include SIXTY QUID CASH and free booze, and, as always there's a multipack of crisps for the best team name..