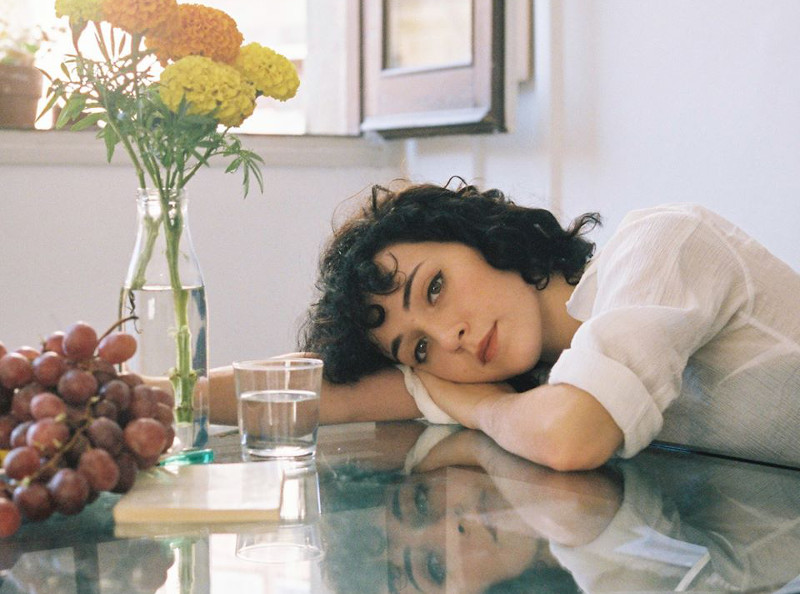 Thursday, April 30, 19:30
adv £11
Half Irish, half Catalan, Graham’s music draws comparison with the atmosphere of Mac Demarco and the honest storytelling of Laura Marling...feel-good moments are tinged with a deeper sense of self-reflection as she observes “I’m afraid…here comes my temper.” Tracks such as ‘Sinner’ continue this theme as Does It Ring A Bell reveals a level of self-awareness and stark honesty that may not be expected of a person in their early twenties.

Lead single ‘Smile On The Grass’ demonstrates Graham’s ability to match this original song writing with a strong pop sensibility. The riff and baseline have a warmth and her vocals a wistfulness which contrast with the defiance of her lyrics, as she implores acceptance from her partner with “don’t say that things don’t change, that words are better left unsaid, that I will better manage life without you, cos I do, I do.”

Despite the seeming confidence that underpins the record, the melancholy of ‘Hide Your Emotions (Somewhere Safe)’ hints at an underlying uncertainty and anxiety, the track stripped back to the stark chords of Graham’s guitar and her powerful vocal. Closing with ‘Morphine’, there is the feeling that Graham is readying herself to embrace another phase of her life, reflecting “it’s time enough to put the words together, but people find out about things late, I tried to read and get my shit together, but people find out about things late.” These two tracks provides a fitting conclusion to the record, pulling together the loose themes of an album that explores the formative experiences and emotions of the teenage years.

The impact of the album is reinforced by the co-production of Joan Pons. For the most part he allows Graham’s vocal space to breathe, as typified on the title track, allowing the lyrics to make maximum impact. There is also a refreshing musical ambitiousness to allow tracks to play out naturally, in contrast to the immediacy of so much modern pop music. The song craft and production is fantastic throughout, the clarity of sound and depth of instrumentation the best of Graham’s career to date. The tracks support and enable her message, capable of adding an ethereal beauty to the music yet retaining an awareness of when to add a sense of drive and urgency, as required on the likes of ‘Lucifer Sam’. The result is a fantastic second album from an artist who continues to grow through her music, with the promise of much, much more to follow.