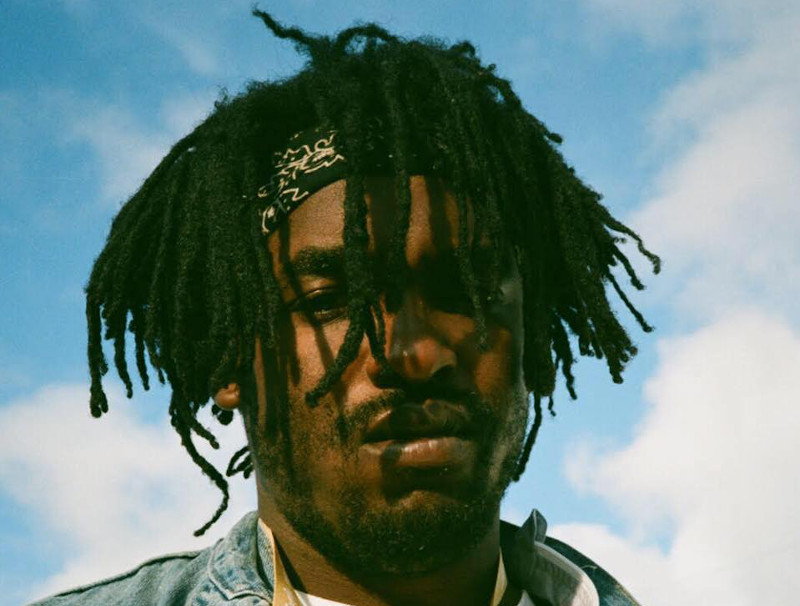 Hak Baker is a documentarian as much as he is a songwriter. Whether chronicling his own experiences or those of the people around him, his music offers an indispensable insight into the struggles of the working classes in 2019. The injustices, the hustle, the heartache: it’s all there to be discovered on ‘Babylon’, a 12-track mixtape which the 29-year-old singer showcasing his vast creative vision and astonishingly unadorned vocal talents.

“There’s no fairy tales in East London,” he rues on the title track in his thick cockney dialect, foreshadowing the hard truth that happy endings are in short supply. And yet Baker’s backstory is proof that real life is often as extraordinary as fiction. For, from chorister to convict, grime MC to folk singer, his protracted path to this point has been anything but predictable.

The third youngest of seven children, Baker was born in Luton before moving to the Isle of Dogs aged one, where he still resides today. His introduction to performing came as part of the Southwark Cathedral choir, which he joined at the encouragement of his mother. By his early teens Baker was gravitating towards grime, becoming part of the BOMB Squad crew for a few years, who achieved breakout success with support from the now-defunct urban music champion Channel U.

It was during this period that Baker began rebelling against his strict upbringing, getting into scrapes with the law, and by the age of 15 he’d left home and was getting by bunking on the floors of friends. With no rules to adhere to things spiralled out of control quickly, resulting in spells in prison. Discussing the experience today, Baker accepts full responsibility for his actions:
“The things we got into, we put ourselves there: no-one forced us to do anything. They were difficult times, but that was the path that I took and I don't regret it. I learned so much.”

It was while incarcerated, aged 21, that Baker reignited his love for music, signing up for guitar lessons and further developing his technique via YouTube tutorials. The first song he learned to play on guitar was ‘Youth’ by Daughter, before he began branching out into his own compositions. The shift from grime to - what Baker terms - “g-folk” might initially feel like a wrench, but it’s less so when you consider how diverse his tastes have always been. Indeed, he speaks fondly today of a childhood spent being exposed to everything from reggae, dub, and jazz to classic pop, R&B, soul, and bashment, via various friends and family members.

Music mostly remained a private pursuit for Baker until 2016 when, at the behest of friends, he applied for and won a place on the Levi’s Music Project. Headed up by Skepta, the initiative provided Baker and 10 other aspiring musicians with access to equipment, mentors and studio time, and climaxed with a showcase at the V&A. The experience spurred Baker into action, and his debut single ‘7AM’ arrived in May 2017, followed by the ‘Misfits’ EP that November.

Two years on, Baker’s debut mixtape builds on that groundwork. Produced by childhood friend and long-time collaborator Ali Bla Bla, ‘Babylon’ is characterised by what Baker terms “spontaneous, intuitive music.” Baker’s loose, largely acoustic guitar-led arrangements and Sprechgesang vocal delivery lend the set a refreshing fluidity, and even when he does branch out with more ambitious arrangements - on the breezy, brass-flecked ‘Venezuela Riddim’ for example - it still feels disarmingly unstudied.

Thematically, Baker’s digging deeper than ever, tackling subjects including toxic masculinity (‘Lad’), drugs and alcohol-induced oblivion (‘Broomstick’), social inequality (‘Skint’) and death (‘Grief Eyes’). As Baker explains, the title ‘Babylon’ itself refers to the oppression we face as a society.

“I feel it's important to tackle [the] issues of our society. Babylon is a state of play - a social cloud - that we all live under. And the reason could stem from not having dads at home, or not having a good rapport with the police or the government, or repressing emotion, or psychological issues… We all feel low, we all feel looked down upon, we all feel like we don't matter, and we turn to drugs and drink and whatever to just get out of it. Because it's too hard. We all fall slaves to Babylon at some point or another.”

While Baker vehemently rejects the idea his music is political, when pressed on his long-term goals he speaks passionately about affecting positive change via his work, and inspiring others to do the same. “I want to be a figurehead of longevity and hard work, and repay what I owe to the communities that taught me so much. What's the point of getting somewhere and then forgetting where you come from? I wasn't born with no silver spoon, there weren’t no leg-ups: I came up from the floor. I'm a normal fucking boy. I've got something to say and I'm saying it.”